Swiss-born Hans J. Mettler (HJM) has a rich and varied educational and professional background, including a PHD in economic and social sciences. In 1991, after a career in journalism (in Brussels and Paris), he started to explore visual arts (painting, photography, mixed media, videos and multi-media installations). In 1997 he got his „Bachelor of Visual Arts“ in Canada. From 1998 to 2006, the now professional artist was teaching Infographic Imagery at the Université du Québec. After long travellings, HJM settled 2008 in Berlin (Germany), where he entertains an ARTIST SPACE in a creative entreprise (Kreativfabrik).

During his stay in Canada – the artist has become Canadian citizenship in 2001 -, he exhibited his works throughout this country: Montréal, Toronto, Winnipeg, Calgary, Vancouver and often in Ottawa, where he resided.
For many years, a gallery in Zurich (Switzerland) has presented his foto-collages on a regular basis. In 2002/03 the director of the textile-museum in Rixheim (Alsace/France) has asked him to create 12 large-sized photo-collages seen and presented as contemporay wall-papers.

In 2003 and 2004, the artist has created three major exhibitions under the title of „Magical dialogues“, „Magical memories“ and “Anywhere in India” (see: special exhibitions in the virtual „gallery“). The latter two deal with trips to Asia and India, where the speculation around reality and illusions becomes a central part of artistic reflection (see: virtual gallery). In these exhibitions Hans takes up with his tradition of being an “artist-traveller”.

In 2007, HJM has finished with „sky-trains“ a world-wide video-project in Montreal (see: video). In 2008, he was invited by the illustrous Center of New Media Art, the ZKM in Karlruhe (Germany), to create the „sky-train“ panorama version.
During fall 2010, the illustrous hotel „Lutetia“ in Paris has shown his two portfolios „architectures“ (see document). These works have also been presented in Canada, Switzerland and Germany.

In Berlin, the artist exhibits regularly in the „Kreativfabrik“ and works more closely together with the gallery Gondwana, where he organised his last exhibition „Zerrissene Welten“ (teared worlds) in spring 2012 (see: document).

Some of HJM’s works are large in scale (180cm x 130cm). The collage „9/11 Ground Zero“ (2002) consists of a huge inner square, framed by 26 smaller images taken during and shortly after the World Trade Center tragedy. The artist has created, in 2002, other large-sized C-Prints (entitled „Re-constructing Berlin“) for a one-man-show in an art gallery in Berlin (Gallery Pernkopf). During the same year, he made his „début“ in art-galleries in Paris and New York (D.F.Colman: „Hidden in obvious: The photographs of Hans J. Mettler“).

In 2004, an article by Maureen Korp is published in a book called „11/9 : The artist’s response“ (New York). The art-historian describes hjm’s photocollage series „think different“ (see: Virtual Gallery) as a prototype of artistic prediction and prophecy.

Works of Hans J. Mettler have entered in public and private collections in Switzerland, France, Germany, but especiailly in Canada (city of Ottawa). 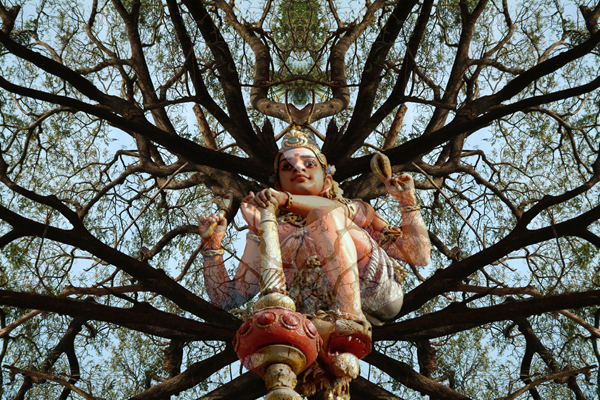