Blue Sky Railways is a panoramic video projection synthesising artist Hans Joerg Mettler’s kinesthetic study of skylines and public transit in twelve of the world’s most fascinating cities, each a city whose public transit system includes the elevated train. Over the course of three years, the artist travelled in Asia, Europe, North America, and Australia photographing and filming people travelling from one place to another in the urban landscape via the elevated train.

Sky trains were first constructed in Chicago, New York, Paris, and Berlin because the city’s surface land was too densely built to clear for rail tracks or because the subsurface was unsuitable for tunnelling. Where then to run the tracks? Through the sky?

That is precisely the startling solution engineers devised at the start of the 20th century. They lifted rail tracks high upon pylons and set the trains to running through the urban skyline on elevated platforms. For the daily commuter, riding these trains is an uncommon experience, one as variable as the clouds in the sky.

Hans Joerg Mettler has looked at these conveyances closely. In his Blue Sky Railways installation, the artist brings us, the gallery visitor, along for the ride. As Mettler’s travelling companions, we see the moving trains from above (bird’s eye view); from underneath (mouse-eye view); and sometimes, we are on the trains themselves seated next to the other passengers. Our viewing platforms are multiple.

The physical form of the artist’s installation is straightforward: the visitor enters a room in which video imagery is projected optimally upon a round screen -12 videos of 12 minutes each. Other installation options are possible, too. Wherever the gallery visitor looks, the installation’s images are different; but each image is interrelated.

The images the artist uses in his simultaneous panoramic projections are digital images first captured with a hand-held camera. These images from the artist’s travels throughout the cities of four continents are no more than gametes. But, when we, the viewer, see them in the panorama of the installation, gametes become zygotes, zygotes growing and multiplying into simulcra of experience and memory. We apprehend an interrelationship in the blink of an eye, in the blink of our own two eyes. The artist’s installation is now an experience of collective difference and simultaneity.

Blue Sky Railways can be presented in different ways, depending upon available space, equipment, and funding.

a. The full-scale panorama installation is 12 minutes in length, using a simultaneous projection of 12 videos shown upon a 360 degree surrounding screen (a speciality of the New Media Center in Karlsruhe/Germany).

b. The 12-minute projection can also be presented on 12 separate screens installed within a circle. The screens may be hung from the ceiling or be freestanding on the floor. 12 screens, 12 DVD-players and a sychnchronizing computer are needed.

c. A 52-minute film version is also possible It requires one screen, one projector, and seating.

d. A Web page installation that can be viewed on a video monitor can also be realized upon request.

Blue Sky Railways was conceived and realized by artist Hans Joerg Mettler with the support of an artist’s residency in Montreal, Canada in 2007 and an artist’s residency at the Center of Art and Media Technology (ZKM) in Karlsruhe, Germany in 2008. On site research andhttp://www.hansmettler.eu/skytrain.html filming was conducted by the artist between 2005-2007 in Bangkok, Berlin, Chicago, Hongkong, Kuala Lumpur, London, New York, Paris, Shanghai, Sydney, Tokyo, and Vancouver.

Hans Joerg Mettler has exhibited his art in Canada, New York, France, Switzerland, and Germany for many years. He is specialized in photo-collage and video installations, and is represented in public and private collections. Before becoming a professional artist, Mettler spent 10 years living and working as a journalist in Paris. For 12 years, he lived and worked as an artist and university teacher in Canada. Hans Joerg Mettler is a dual citizen of Canada and Switzerland.

The artist currently makes his home in Berlin. 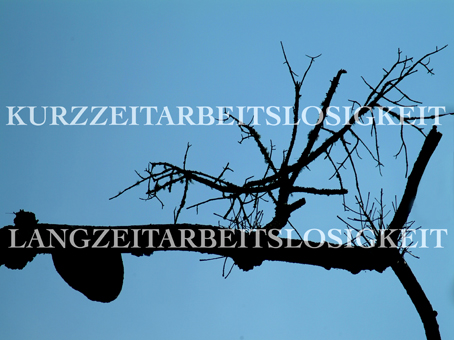