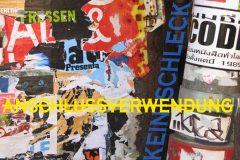 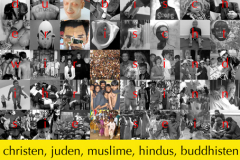 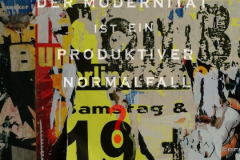 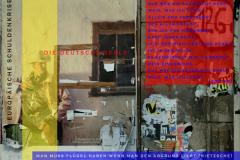 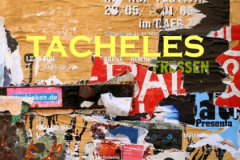 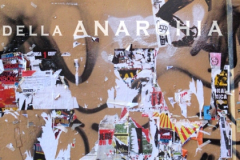 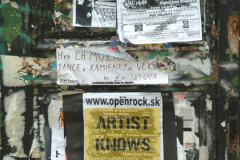 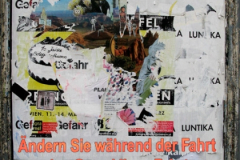 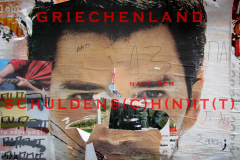 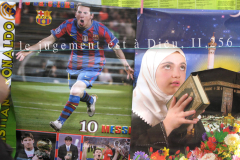 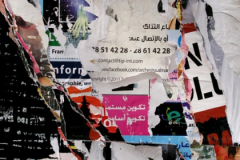 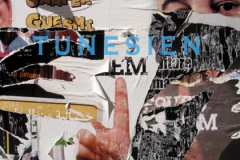 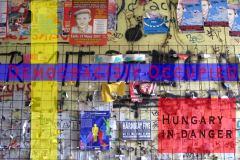 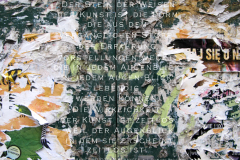 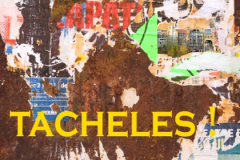 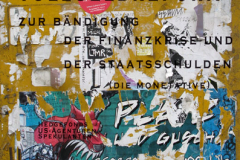 With his portfolio „political and poetic posters“, the artist takes part in the discussion about the state of our world marked by growing conflicts between rich and poor and by extreme tendencies in religious and political movements. He acts und reacts partly with finesse, a few times with pure agitprop.

In a first step, the artist appropriates what he calls „street-art“: He photographs official and inofficial public walls in big cities that are or have been used for publicity with different motivation. His interests concentrates especially on those walls, that are „out of order“ and show pictures of total or partial teared status. He finds in these examples, if well „framed“, clear signs of unconscous collective art-creation.

In a further step, HJM creates new posters with poetic or political statements that are often in connection with the site of the „found“ material. Exhibiting these works in an instutional space like an art-gallery, transforms the posters from the collective to the individual, the accidental into the artificial, but with the possibility, to bring the work back to the street.

The 16 posters have been created for an exhibition in the gallery Gondwana, in Berlin-Schöneberg. Opening: April 18th.