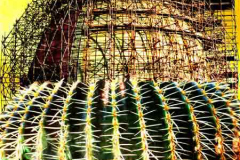 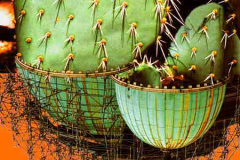 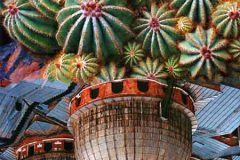 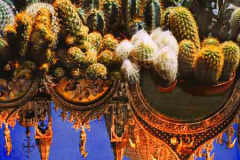 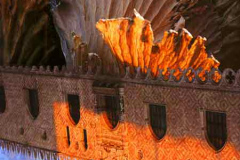 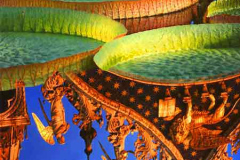 In the Venice series, Hans J. Mettler focuses on the harmonious, yet ironic relationship between human and natural creations. The latter seem to have entrenched themselves in the splendid domes (even as they are being restored) or the majestic palaces of Venice, one of the most spectacular cities in the world.

The author of these images is creating an aesthetic dialogue between organic and inorganic textures and forms, and drawing a parallel with the designs and structures invented and perfected by the gothic or the baroque. The saturation of vivid colours evokes a dramatic scenario, based on a collage of two images, one pointing upward, the other pointing downward, creating a dialogue between the imaginary and the possible. 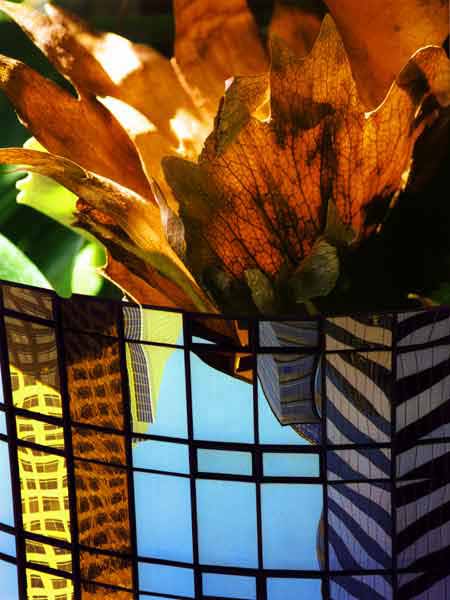